"Gerelchimeg (also known as Jenette) is a senior at the National University of Mongolia, who is eagerly awaiting her bachelor's degree in International Relations. She is a lover of words and language, and her favorite TED talk is "If I should have a daughter …" by Sarah Kay. She prides herself on having survived through nine schools and living on three continents, and hopes to increase those numbers in the near future. A penchant for the spoken word and a desire to see Mongolians broaden their horizons has inspired her to volunteer for TEDxUlaanbaatar Live 2014."

Margad is currently working as a Project Coordinator at MDC consulting firm. She has completed her education in the USA majoring in Business Administration.

She is very excited to be a part of the TEDxUlaanbaatar team and work with an amazing group of passionate and driven young individuals towards a common goal to spread "ideas worth spreading".

Her favorite TED Talk is "How to spot a liar" by Pamela Meyer, and she has been using the tips to spot liars ever since.

Natsagpurev Dagvadorj is currently studying in Mongolian University of Science and Technology, pursuing his bachelor degree as mining engineering. Having loved to read books, magazines respecting science and technology, he could have found that TEDx is very prominent in throughout the world, where people leading their own field give ideas worth spreading, ranging from the very latest science discovery to the people's life history that has to be respected, which is also motto of TED. Thus, he decided to commit himself to be part of TEDxUlaanbaatar.

Solongo is currently a master's student at Mongolian State University of Culture. She likes to attend different kind activities and gain experience. And one of those was volunteering at TEDGlobal2014. She says it was bit of challenging because of the speaker's accent. But by attending Ted event she got many new ideas and inspiration to create more, she says.

Tserendolgor (Tseggy) is a psychology graduate from National University of Mongolia. Besides working for a plumbing company as an office manager, she is enthusiastic about developing the public knowledge about psychology. She works for the NGO "Mongolian psychological center for training, research and development center" and also writes for the psychology blog "www.setgel.org". Tseggy has been big fan of TED since 2012 and honored to be part of TEDx event as a translation team volunteer.

Uranzaya received her BA in International Relations from NUM. She is currently enrolled in Diploma Course of Foreign Trade Management at MNCCI and works as Program Assistant at Mercy Corps Mongolia /Currently working on bank credit & collateral, environment and agriculture related projects/. Since 2013 first downloadeing TEDx mobile application on her cellphone, she started to become an active listener of TEDx talks. She is specially fascinated with topics including business, brain, investment, science, economics, entrepreneur and marketing. "Thanks to inspiring and motivating talk given at TEDx, my view of life significantly changed".

Egshiglen is a hardcore poetry enthusiast with aspirations of becoming a surgeon. After living in Ireland for a number of years, she became interested in relationships between cultures, languages and most importantly people. She is an active member of Youth Lead, an organization which works with young people who have HIV/AIDS, or who are at a high risk of obtaining the virus.

She is also a passionate believer in "ideas worth spreading". She believes that being in an atmosphere where one could make the best decision for ones' own self is one of the greatest gifts of life. She wishes to provide that office to children with less choices through her work. Watching TEDx videos inspire her to the new ideas, possibilities and opportunities. It also pushes her towards reaching her goal to be a social entrepreneur someday.

Indra has been working as a project coordinator at Go Help UK charity's Mongolia office since 2013. She is an aspiring educator striving to help others by sharing what little she learned so far. She is passionate about social development, child education and care, and most recently, digital media. In her free time, even though she rarely gets any these days, she likes to read, go horseback riding and have TED Talk marathons. 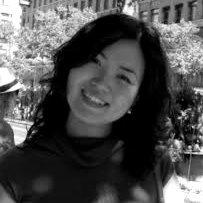 Munkhzul was awarded with Fulbright Foreign Fellowship Award in 2010 to study for her Master's Degree in the USA. An avid supporter of volunteer works, she has been dedicating her time and effort by organizing various community development projects since 2007. Besides, she gained professional experience by working on different non-governmental and governmental projects, such as Millennium Challenge Account of Mongolia. Munkhzul has strong interest in urban development, sustainability, and gender equality. She currently works in Erdenes Tavan Tolgoi JSC. 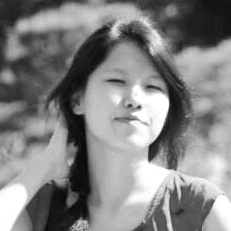 Delgertsetseg is currently working as a project translator at Rural Water and Sanitation project of UNDP. Delgertsetseg is very passionate about volunteer and community works. She has been dedicating her time and effort organizing many events until now. For instance, she has been organizer of "My Club" - tree planting club since 2008 and this club has planted over 100.000 trees all over Mongolia. In addition, she supports the activities of NGOs and orphanages including distributing gifts, clothes and other necessary things for children. She was chosen to participate in Asia Pacific Regional Volunteer Conference in 2011 and gave a speech about Mongolian volunteer workers. She is very eager to TED events and excited to be part of the team.